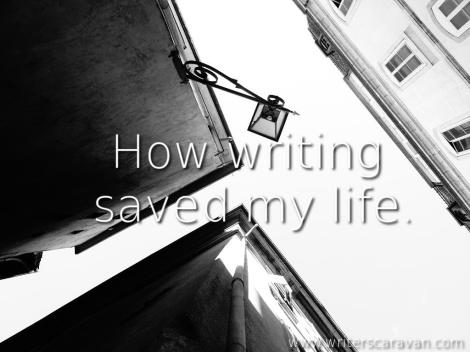 When I was a young teenager, we started building a house in the suburbs of Casablanca. It wasn’t exactly ‘we’ because I never considered myself a part of it but it was happening all around me. An episode of my life I hate recalling yet an episode that exists nonetheless. Like a stubborn stain that just won’t fade.

So they were building. Mum and him. It was a big concrete house that opened up to a vast terrain with an alley running along the middle of it. Nothing had been planted it but the seeds were in. It was happening.

It was the time of Harry Potter. Book number 5 had just come out and I had devoured it in my soon-to-be-yet-never-became bedroom. Books are such a fantastic escape yet even Harry Potter didn’t suffice. I needed my own project.

And so I started writing my first novel – a sort of magical-mystery-very-Harry-Potter-like story whose plot I can’t, for the life of me remember. But I was into it. I wrote on the roof. Under the beating sun. Barely acknowledging the view. Or the heat. Or them, planting the seeds of a future that never grew out of the ground. I just wrote.

Like many projects I have started, I never finished this story. Where is it now? Was it a notebook or a few loose pages clipped on a board? Memory fails me. Even then, even those few chapters I wrote, well they saved my life. They were a great diversion.

Today, writing is more than a distraction – it is a purpose. A project of my own, one that is growing alongside of me, giving me a reason to wake up in the morning, saving me, everyday. I left a big chunk of my heart in London and the only tangible thing I have managed to salvage is my novel. The only thing that has survived all my insecurities and all my uncertainties.

There are the friendships of course. And the memories. But they don’t give you a purpose. That, you have to find on your own. And to finance this purpose of mine, I am going to pay the bills by being a childminder. Looking after a 3 year-old one one hand, and a trio of 7, 12 and 13-year olds on the other.

There is no point in lying to myself; without my novel on the side, I would be crushed. But once again, in yet another turning point of my life, writing is here to save me. Because as hard and potentially pointless as it is to think about… Without my novel, who would I be?

19 responses to “How writing saved my life.”