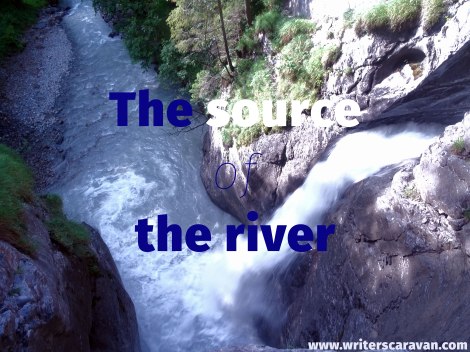 Only 4 months ago, I was comparing London to Paris in a “city-off” which saw Paris emerge as a clear winner. Today, I am 4 days away from leaving London for Paris. Who would’ve suspected things would turn out this way? Nobody. Not even I.

Living in Paris has been a dream for as long as I can remember yet somehow, I honestly never thought it would become true. I always thought if I left London, it would be to go do Masters Degree somewhere in Scandinavia. To go the traditional route. But as it often happens, life whisks you away and before you know it, the river changes its course and there you are, swimming upstream, reluctant to follow “the usual” career path, striving instead to find the source of that river, the “purpose”, as it were.

An old University tutor of mine, Gem Barton, is soon publishing a book entitled Don’t Get a Job… Make a Job and the title alone gives you enough food for thought. I got my BA in 2012 and even before I’d graduated, I knew I wasn’t going to follow the traditional route. I knew I didn’t want to become a fully qualified, RIBA-chartered architect with a Masters and a PhD. Hell, I didn’t even know what subject I wanted to do my Masters in.

I am currently reading The Witch of Portobello, a thought-provoking book by Paulo Coelho, one of my favourite authors when I want to question and reflect on life. In this book, we meet Athena, a woman whose life is told by the many people who knew her very well, or barely at all. Not a single chapter is told from Athena’s point of view. It’s simple really: she’s actually dead.

Once again, Coelho stirred my mind. What would people say of me if they were interviewed right now? Or more importantly, what would I like them to say in 2 years time? 10 years time? 20 years time?

By 2018, who do I want to be? Someone who can only, truly be successful if she gets a job in architecture? Or someone who, somehow, finds another way to happiness, another definition. Someone who can only define herself by her job title (or lack thereof)? Or someone who finds the strength and patience and focus to finish her cherished novel with no distractions, no procrastination and no self-sabotaging.

In July 2015, I took on the challenge to come up with 101 things to do in 1001 days. I should be proud. I have achieved many of them in less than a year, the most recent of which were to “Quit my job at the World Duty Free, Gatwick & never look back” and “update my architectural website“. But I still have a lot of work to do. From Tuesday onwards, it’ll just have to be done from Paris.

30 responses to “The source of the river.”