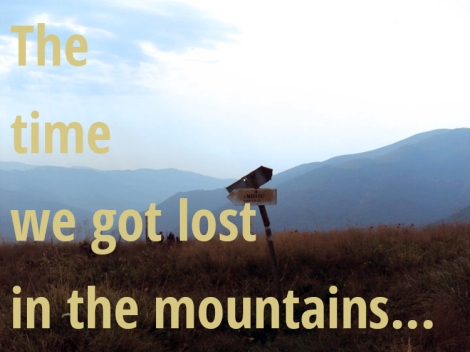 My mum and I refer to this day as August 9. Not only because it refers to the date of “the event” but also because August 9 happens to be her birthday. The so-called event happened in the Balkans, in 2011 and to this day, there are certain people who don’t know anything about this. Those people are my grandparents and they are not what you and I might call “friendly” with computers so my confessions are safe!

It is a long hike. The day begins just like the day before, with an instant coffee, a hard-boiled egg on toast and a banana. We leave soon after sunrise, backpacks tightly secured to our shoulders, legs ready for a new adventure. A few hours later, we reach the first hut on our way. The Granchar Hut in the Rila mountains. In our defence, we conquered Musala yesterday – a 9-hour hike to the highest peak in the Balkan Peninsula.

I say “in our defence” because we are tired. And we should stop at Granchar Hut. It is around midday and we could call it a day. We could sit by the lake and catch the sun, we could go for a short, round trip in the area and enjoy a warm soup in the evening. 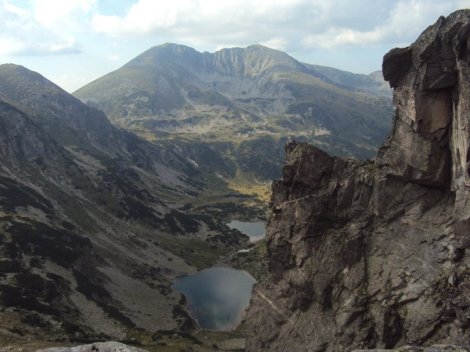 Could. How powerful yet hypothetical a verb. It hints at a promising alternative but 9/10 times, it also implies a wrong choice. By now, you will have guessed how the afternoon unfold. We have a break but we also go for a round trip to see an unimpressive waterfall half an hour away. Bad decision upon bad decision.

By the time we return to Granchar, it must be past 1pm – dare I say later. Any hiker will tell you never to start a trip in the afternoon. To this sound advice, I will add: if you have doubts, leave it for tomorrow. The mountains will still be there. We certainly have doubts. It is wisdom we lack and audacity we have in heaps.

“We can do it” we say in an assured tone filled with a misguided confidence that some might call bravado. It is foolish. But in order to learn from your mistakes, you must first make the mistake. We set off towards Ribni Ezera Hut (Fish Lakes hut) around 2pm. If we did our research, we would know the trip takes 7-8 hours. We’ve already walked 4-5 in the morning.

And so we walk, blindly, with no map, no head-torches and seemingly, no common sense. We walk relentlessly, follow sinuous paths, cross wondrous valleys and hike up steep hills. We walk, all the while the sun is slowly nodding off to sleep, falling towards the jagged horizon for an ineluctable embrace.

It is around 8pm when we reach the top of a nameless hill. A sign points towards a valley to our right. It doesn’t look right. There is barely a path and no hut on the horizon. But without a map, this sign is all we’ve got.

“We must be half an hour away” we think, “We’ll be there by sunset.”

We venture down the hill and soon, we lose what was not a path in the first place. The sun quickly dozes off behind the mountains – we now have an hour or so of daylight residue. It has to be a productive hour. No more time-wasting.

“You’re serious?” I laugh but upon request, there is no better idea to put forward.

We check our phones and realise (oh the surprise) we have no reception. After a breathless ascent back to the top of the hill, I dial the emergency number for the first time in my life. Mum is still catching up behind me and I don’t wait for her to make the call call. Here’s to my first good decision of the day because as it turns out, my sense of orientation is flawless. Hers – not so much.

I am transferred to an emergency line exclusive to mountain emergencies and explain the situation. The man on the phone is patient. I give a thorough description of the surroundings and am told to expect a call back. I don’t want to hang up. The sky is growing darker by the second, this man is the only link I have with civilisation.

We sit down by the misleading sign. And we wait. After what seems an eternity, the phone rings in my hands. Two men are on their way to find us.

“They should be there by midnight.”

When you are stranded in the mountains, night falls perceptively. Darkness envelops you like a shroud and you see it all happen. It isn’t sudden. It is as slow as it’ll ever get. Slow and impending. The moon suddenly becomes your only source of light.  Just a full moon and a clear sky. Vast and in a way I can’t quite explain, comforting.

We call our grandparents. “Ellie’s in the shower” mum says, “it’s been a fantastic day!” A little white lie never hurt anybody. As far as they are concerned, we have a roof above our heads and we certainly are not waiting to be found. Everything is under control. We have enough clothes to put on when the temperatures drop, some nuts to dine on and a great story in the making. Why worry?

A little after midnight, two lights start flickering in the distance. They move fast, like the headlights of a car driving on a winding road but they aren’t cars. They are fast-paced human beings. We bolt up and start waving like shipwrecked sailors at a helicopter.

And so, the shaky duo of hikers becomes a strong quartet making music in the dead of night. We inherit a head-torch each and our bags are taken off of our shoulders. We walk over 2 hours under the garish lights of our torches, utterly blind to the landscape surrounding us.

And when the hut finally appears in the distance, it is like a speck of gold in a barren land.

PS: these are pictures I found from that very same day. You will notice I stopped snapping after sunset…

12 responses to “The time we got lost in the mountains.”